This is second of our three postings to give you the 11 pages of history published by the Kingfisher Cooperative Elevator Association on its 50th anniversary.

In these pages you’ll learn that one surviving founder of the co-op recalled “with pleasure how the grain cooperative changed farmers’ lives” in the area. On March 10, 1934, a group of 10 men met and arranged for articles of incorporation. Later, they hired a manager for $125 per month.

On the third page here, you will see the 240,000-bushel elevator built by Tillotson Construction Co., of Omaha, in 1946. 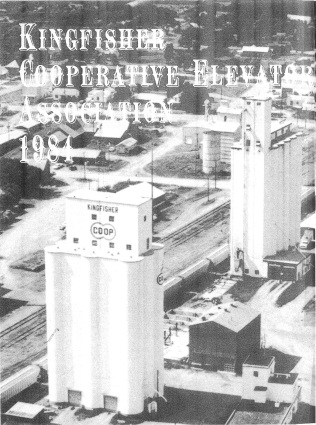 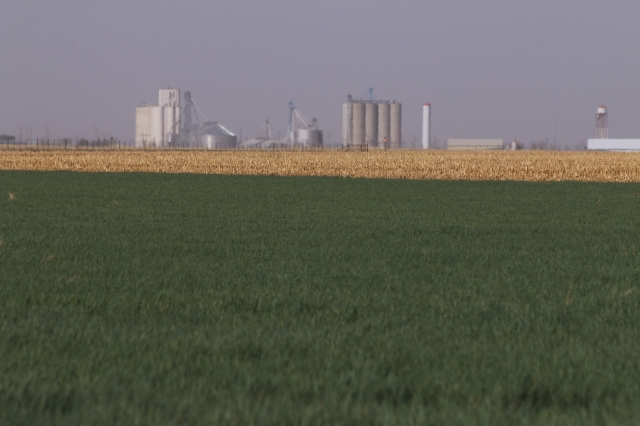 By the time I got to Gruver, in the early evening of April 17, I’d visited seven grain elevators in the Texas Panhandle. The day started with a pre-dawn dash from Hereford to Canyon, where I spent much of the morning (even visiting Tim Ritter, editor of the twice-weekly Canyon News). The news, he said, was wildfires and drought. High school sports filled much of the rest of the paper.

Whenever it was that I got to Gruver, I was feeling a little weary. If there had been a motel, I would have checked in.

Instead, I found an elevator that seemed outside the usual Tillotson design vocabulary.

This 1947 job held 265,000 bushels and had a medium-long complex of storage annexes. It reminded me of a locomotive and a train of identical cars.

A note in the records says, “Similar to Satanta (but 125′ D.F. walls).” Of course, the “D.F.” refers to drawform. Satanta was the Kansas town where they had built another elevator in ’47. The next year brought a similar one at Springfield, Colo. Together, they derived from the Dike, Iowa, job of 1946.

The cupola, or headhouse, was rectilinear on one side, with sharp corners and splendid moldings to cover the raggedness. But the other end of this 48.5-foot-long headhouse had an articulated curve.

A remarkable feature was the abundance of windows. Four cluster together in the upper-right corner on one side, and three more are in a line at the bottom.

Smaller windows are integrated into the curved part.

Ladders and platforms cling to the side of the headhouse, and the rooftop is populated with at least three parabolic dishes serving Lord knows what purpose.

Formerly, some large letters spelled out a legend, presumably the name of the co-op that ran the elevator. I couldn’t make out what it said.

I looked around and found manhole covers bearing the name of Tillotson Construction Co. They weren’t painted or polished; as with other details, there was need of some loving attention.

No one was around, so when I had taken my pictures I cleared out of Gruver, following Route 15 to Spearman. Navigation directed me to a motel. For the same $55 paid for the previous night’s dump in Hereford, I checked into the Nursanickel Motel, taking a bright and clean room with a real mattress and bath towel.

There were two choices for dinner: pizza or Mexican. I chose the latter, having a chicken enchilada for $8.65. While paying my tab, I asked the two girls at the register what there is to do in Spearman.

“Nothing,” one said, feeling no need to elaborate.

I might have suggested going out and looking at grain elevators, but who wants to be regarded as a madman? 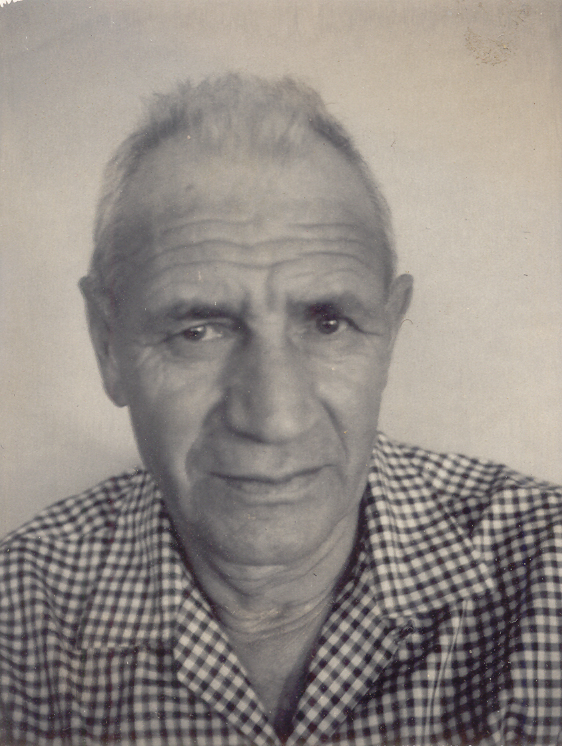 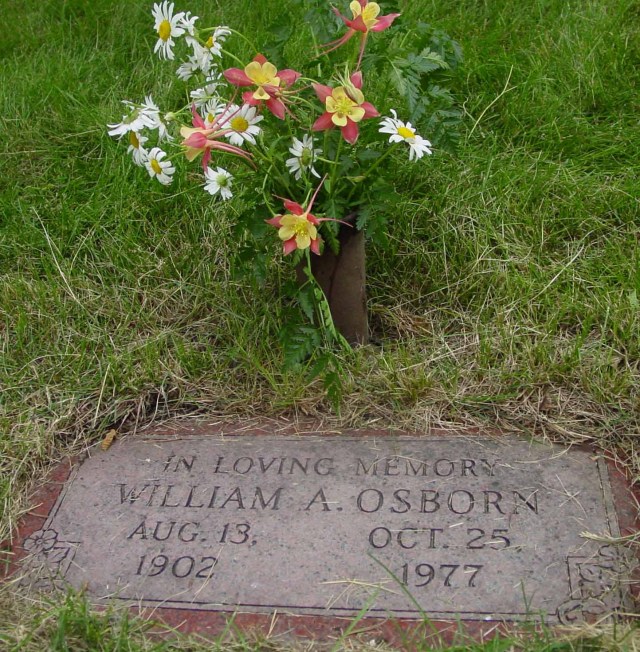