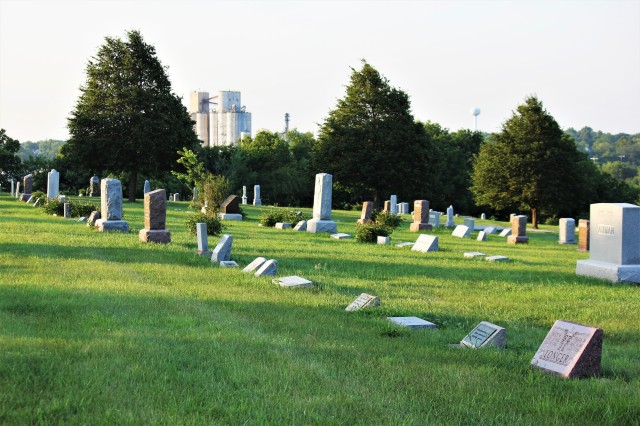 As with yesterday’s post, we’re working from a photo sent by Kim Cooper, a friend of this blog who happens to have grain elevators in his heritage, too. He likes to incorporate them into his superb, plein air landscape paintings.

“Here’s one from Firth, Nebraska,” he said. “Looks like a rounded top.”

Indeed, the rounded headhouse was the signature on Tillotson Construction Co.’s elevators after about 1950.

That’s 15 locations. Tillotson built far more elevators in Iowa and Oklahoma than in the company’s home state of Nebraska. But 15 isn’t bad. Based on anecdotal information we also suspect a couple of other locations.

But after calling up Dennis Kenning, we’ve ruled out Firth as an unrecorded job by Tillotson. Kenning is sales and marketing manager for Farmers Cooperative, which has headquarters in Dorchester, Neb. and dozens of elevators throughout southeastern Nebraska.

Kenning expressed curiosity, looked into the matter, and emailed his findings:

“Here’s what we found out,” he wrote.

We found Roberts Construction Co. located in Axtell but were unable to reach them. The question arises about Roberts’ design source–were there any Tillotson connections?