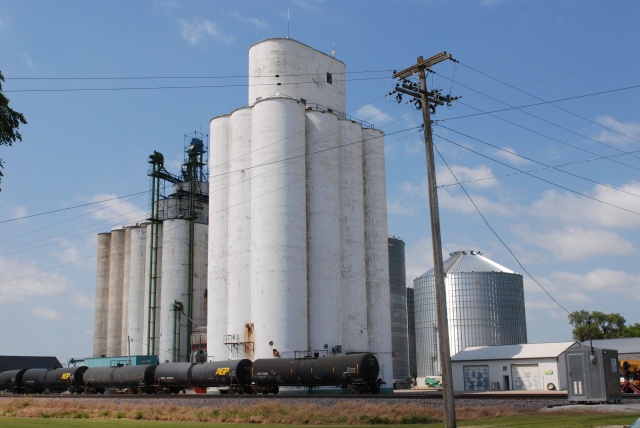 This elevator is attributed to the Tillotson Construction Company, but evidence points elsewhere.

In an earlier post, we showed that the elevator built by the Tillostson Construction Company in the northwest Iowa town of Blencoe had a structural failure prior to completion. A photo provided by Tim Tillotson showed that the concrete slumped over the driveway after the slip-form pour had progressed considerably past the point of failure. Construction would have halted there. The question of how the elevator was completed was never answered.

In the company records we have, the specifications log ended by 1956, while the company continued to build elevators beyond that date. So later records are lost to us. Tim Tillotson estimated that this mishap occurred in about 1955. I discovered, on review, that Blencoe was not in the specifications at all. Why?

A photo of the manhole cover on the rail side of the elevator could provide the answer. It is not typical for Tillotson elevators to have exterior manhole covers on elevators of this type, so the existence of these was a little surprising. More shocking was the identity of the company that placed them. 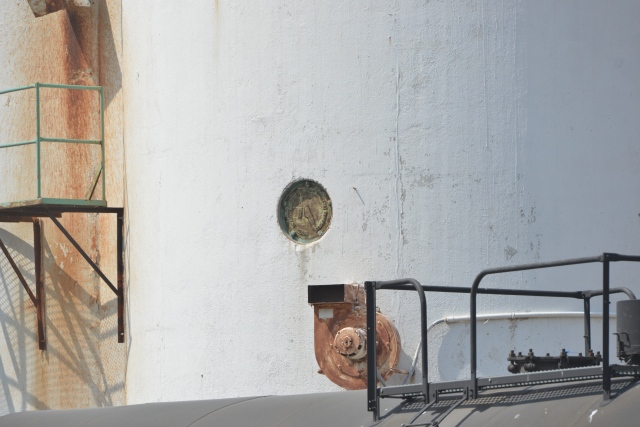 The Grain Storage Construction Company of Council Bluffs, Iowa, is not familiar to us. It may be the company called in to repair the damage when the failure occurred.

We don’t know if Tillotson Construction was fired on the spot. But it is also possible that Tillotson was given a second chance–the design of the elevator clearly follows the trademark Tillotson design, whether copied by some one or built by the original contractor.

I wonder if the original repair destroyed the structural integrity of the elevator, and Grain Storage Construction was brought in to replace two of the bins. We know it was a later job because of the 1959 date on the manhole covers. Unfortunately, I made my visit on a Saturday, and the co-op was closed, so there was no one there to ask.

It is a beautiful, functional elevator today. It stands beside the older Mayer-Osborn elevator, which is also clearly in use sixty years after it was built. Both elevators had problems during construction, but the capacity was urgently needed, so both projects were finished. How the Tillotson elevator ultimately became a Grain Construction Company branded elevator is a mystery we will try to solve in a future post.

2 comments on “A mystery unfolds at the Tillotson elevator of Blencoe, Iowa”