The north-central Kansas town of Clifton is dominated at each end by a massive elevator. At one end of the main drag is a huge metal-sided wood elevator rising prominently above the street, and at the other is a gleaming white concrete elevator with its annex. The two elevators, defining the town skyline, are the center of the town’s agricultural business. Clifton’s concrete elevator was very busy during a visit there in October. 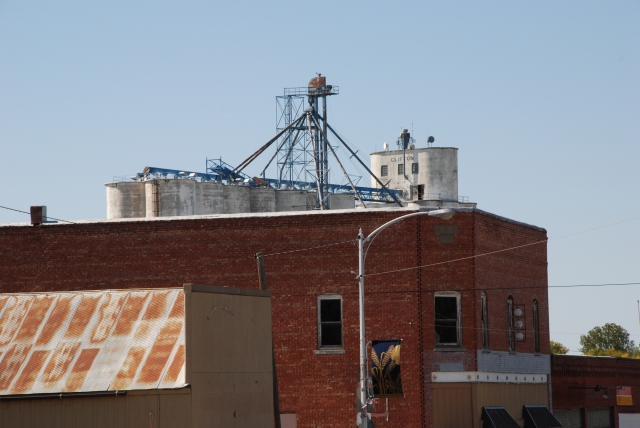 The characteristic rounded headhouse epitomized the classic Tillotson Construction Company style. After sixty-odd years of continuous use, the durable elevator was still going full steam ahead during the harvest. Several trucks pulled through the driveway while I watched, and it looked like more were waiting. 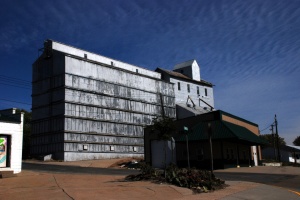 Its neighboring landmark, the wooden elevator, was deserted and may have been retired, but anyone entering the town would be immediately impressed by its size. The two elevators together represented a continuum of agricultural cooperation and success, beginning in the first half of the twentieth century and still going strong in the twenty-first.

The concrete elevator had a manhole cover on the exterior that identified the builder as Tillotson Construction Company of Omaha, Neb., but you could see that fact from a mile away by looking at the headhouse. The elevator was very representative of its type.

John B. Tillinghast, the location supervisor for United Farmers Co-op, cheerfully stood for a picture in front of his charge. He said the elevator was built in 1953.

The familiar rounded headhouse atop a straight-up elevator was Tillotson Construction’s signature design. 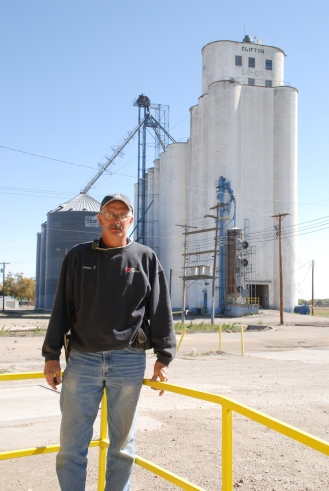