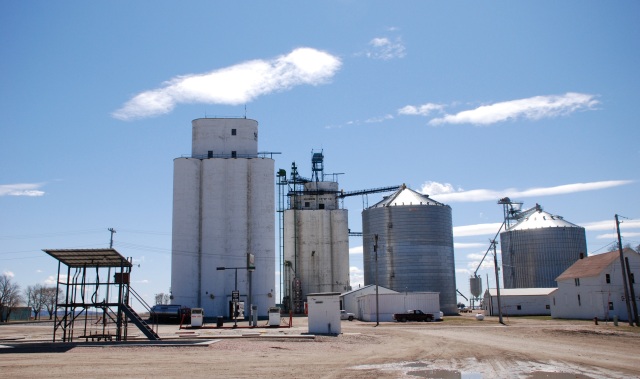 In the summer of 1954, Mayer-Osborn Construction built an elevator with a stepped headhouse in the northwestern Iowa town of Blencoe. As my dad, Jerry Osborn, explained, after the crew poured the first ten feet of concrete in the slip-form process, the concrete sides below the forms showed signs of crumbling. An investigation revealed that the concrete mixture had not been set correctly. It took as many hours to remove the concrete and start over as it did to pour it. Dad worked on the project and saw the fallout first hand. 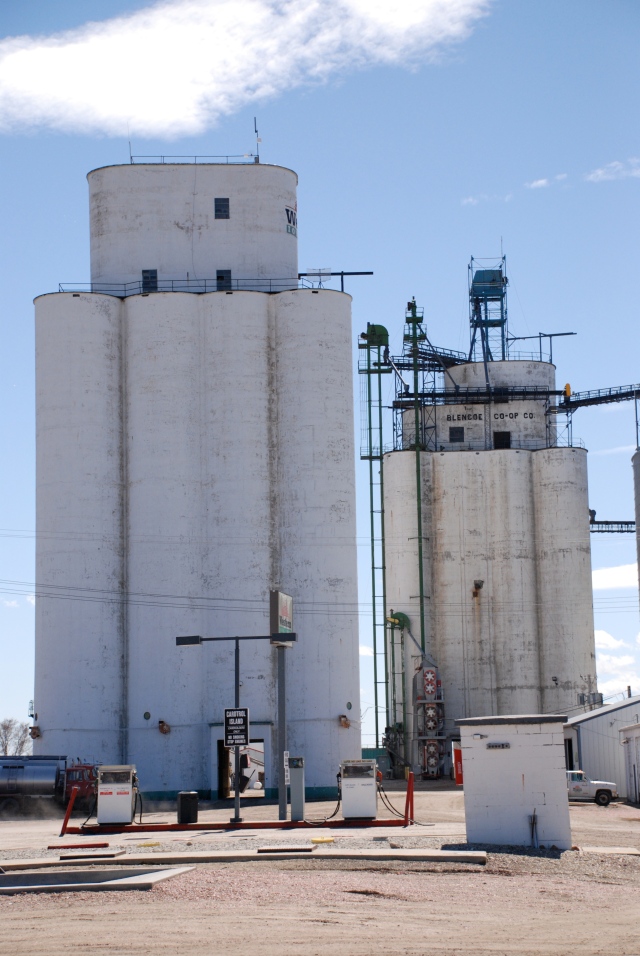 The larger Tillotson elevator stands to the left. The Mayer-Osborn elevator on the right serves a large annex which extends behind it. Photo by Kristen Cart

Builders were required to do a destructive test on the concrete mix at various stages of curing, to ensure the proper strength for each part of the elevator structure. Engineers tested various mix ratios to decide upon the best one. Naturally, this process was used at Blencoe, but when the mix was finally set and the pour began, it was done incorrectly. I can imagine the blue language wafting from the site as the concrete was taken down. Someone on the site had his ears pinned back pretty fiercely. But the construction continued, and a handsome elevator still stands there today, nearly 60 years later.

Not until this year, when Tim Tillotson located the Tillotson company records and photographs, did we discover that Tillotson Construction of Omaha faced a similar problem as they built their elevator nearby about a year later. This time, the error was not caught as early, and the consequences became immediately apparent.

Tim Tillotson said he thought the blowout happened in about 1955. Whether Tillotson Construction did the repairs and completed the project, or whether another contractor was brought in, is not known to me, but I hope to revisit the site later this year and learn more. The image below is a rare one. It is amazing that photographic evidence survived, serving as a cautionary note, lest any builder were to become overconfident.

This company photo shows the blowout. On the right the completed Mayer-Osborn elevator may be seen.

Errors were a constant threat in this business. In the best cases, they manifested themselves in embarrassing delays, in the worst, they incurred expensive lawsuits or physical harm.

Tillotson Construction and Mayer-Osborn both recovered from their respective forays into bad concrete and lived to build again, leaving handsome and serviceable elevators at Blencoe and elsewhere. The lessons they learned were priceless.