Jim Kerns and David Geisler called up the other day from Springfield, Missouri, to ask a question of our readers: Are you aware of any municipally owned, abandoned grain elevators?

Kerns and Geisler run Vertical Innovations, an enterprise formed in December of 2014 to repurpose old elevators, making them into incredibly productive vertical farms for growing leafy green vegetables. They have developed a patent-pending method of hydroponic production, a “structure-driven design” that adapts to the circular shapes.

“The silos tell us what to do,” said Kerns, who has a background in organic farming and leads the company’s innovation, design and construction efforts. “I see them as giant environmental control structures, giant concrete radiators.”

Significant energy savings can result from implementation of circular shapes, which among other things require far less lighting and the corresponding energy use, he said.

David Geisler, CEO and general counsel, has worked out a lease for a disused elevator in downtown Springfield.

For its next steps, the company has targeted an available elevator in South Hutchinson, Kan., and approached the owner of Tillotson Construction Co.’s Vinton Street elevator in Omaha.

“What an awesome facility,” Geisler wrote in a follow-up email, thinking of Vinton Street.

Geisler and Kerns have cast their eyes far beyond the Midwest, though, from big terminals in Buffalo, N.Y., to San Francisco’s threatened Pier 92.

“We really need to save that facility if it’s structurally sound,” Kerns said. “It could put out about 50 million pounds of green leafy vegetables per year.” 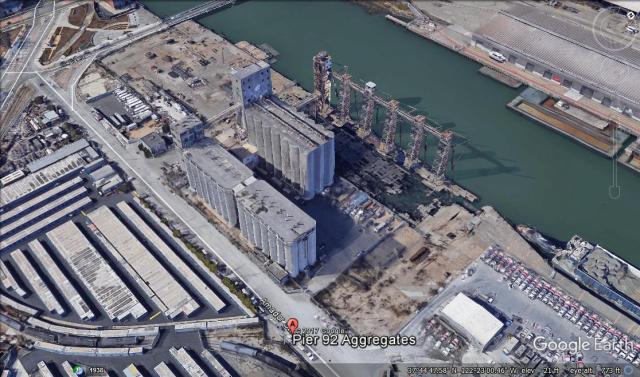 Their most unique discovery source is YouTube videos posted by those who have flown drones around elevators.

But word-of-mouth works, too, and Kerns issues this appeal to readers: “Submit to us pictures and locations of concrete grain terminals in good condition all across the United States, sea to shining sea, north to south.”