In 1989, Ronald Ahrens, partner in this blog, asked his mother, Mary Catherine Tillotson Ahrens, to write an account of the death of her aunt, Mary V. Tillotson, who was Reginald’s partner in Tillotson Construction Company. Mary Catherine’s account follows: 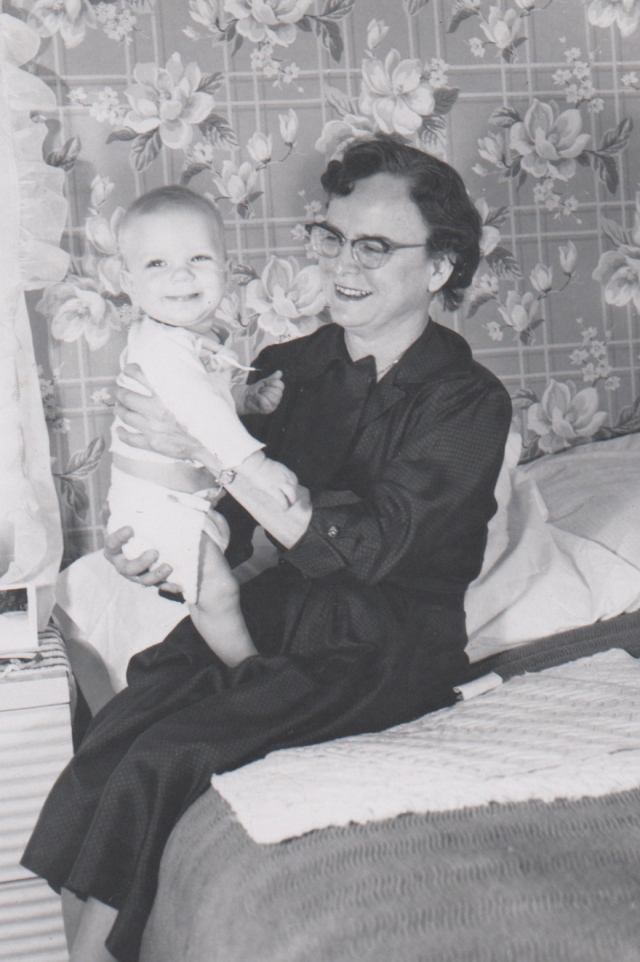 She attempted suicide once by swallowing Lysol & lived & about lost her larnix. She was in the hospital a long time & we were all so discusted with her. That was before we [Ronald’s parents] bought her house [3212 Paxton Boulevard, Omaha] on land contract, $500 down. Then she moved to a home. When the black started moving in we put up the sell sign & she was sooo mad at us—she wouldn’t hardly speak to us after that. Julie was due born in June ’63 & I think Mary died in Ap or May. She was found behind bath door dead—I never did hear why (or was never told I should say) I asked Gram—she didn’t know. She left $67,000 to Catholic church. We all got $2000. That’s what we bought the house on Grant with plus $2000—we made off her house. I’ve never forgiven her for the $67,000—HA. She missed Dad a lot when he died. He was all she really had. I think Dad left us 2000 to. She (Mary) had taken life ins policies out for you & Katie. Katie put herself through school with hers. What did you do with yours? The other kids got left out!