When hunting for ancient elevators–and by ancient, I mean hundred-year-old, steel-sheathed, wooden construction–you run into a serious problem: most of them no longer exist.

The elevator you are looking for may have burned down years ago, followed by a replacement that also burned down. The things liked to catch fire, as a search of old newspapers will show.

Concrete construction was meant to reduce the problem, but the new elevators would burn in spectacular fashion when grain dust ignited, throwing debris and victims sky high.

The fertile ground for old elevator hunting remains the Internet, thanks to bloggers, satellite imagery, photographers, and the odd stuff that accumulates online.

Recently, we turned up some truly fascinating finds. We had discovered Charles H. Tillotson was president of Van Ness Construction Company, of Omaha, in the 1930s. He was the original founder of the construction business (and its progeny) that his children and their associates operated into the 1950s, as documented in this blog. 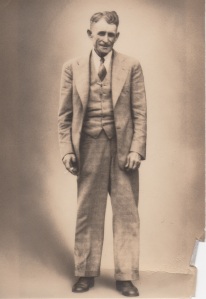 Now that we had a company name for his earlier efforts, the hunt for Van Ness elevators was on.

Rydal, Kan., was home to an early Van Ness elevator. The town was profiled in the blog Dead Towns of Kansas, a project by the Hutchinson, Kan., journalist Amy Bickel. On her page is a marvelous 1950s vintage aerial photograph of bridge construction showing two 1888- to 1907-vintage elevators, one of which was built by Van Ness. One of the two pictured elevators burned in 1952. We do not know if the fire consumed them both.

Luckily, a Van Ness mill and elevator in Grenola, Kan., was deemed historical, and the Kansas State Historical Society successfully nominated it for the National Register of Historic Places. Since grain was no longer stored there, the greatest threat to its survival was gone.

It is the only example we have found that still stands.

The architect of this elevator, designed and built in 1909, was P. H. Pelkey Company, with the construction completed by the R. M. Van Ness Construction, of Fairbury, Neb.

This company could have been the predecessor to the Van Ness Construction Company that Charles H. Tillotson led, and it may have been his earlier employer. A little more research could tease out the history of the Van Ness building enterprises in Nebraska.

But the elevator is representative of the typical construction of the time, when Charles would have been working in the business.

This old elevator is located in Grenola, Elk County, Kan., on a railroad siding which was formerly on a mainline of the Atchison, Topeka, and Santa Fe Railroad, Southern Kansas Division.